It’s really starting to seem like spring is here to stay in Kentucky! We’re looking forward to welcoming back the Illinois Regiment of Virginia for 18th Century Thunder–A Revolutionary War Encampment on April 23 and 24! This event coincides with Thunder Over Louisville, the contemporary kick-off to the Kentucky Derby Festival here in Louisville, but with a little 18th century flair. Visitors can learn about battle tactics and equipment from the soldiers, visit with a military doctor, check in on the food in the hearth kitchen, and maybe even sign up as a new recruit!

With these preparations in mind, I thought it might be fun to look back at William Croghan’s own military experience in Aprils past. William Croghan attained the rank of Major in the 8th Virginia Regiment during the American Revolution, and fought at the Battles of Trenton, Princeton, Brandywine, and Germantown. It was through his military service that he became acquainted with Jonathan and Edmund Clark, who would later become his brothers-in-law. Major Croghan certainly was a witness to history, and some of his adventures are recorded in these letters. Read on! 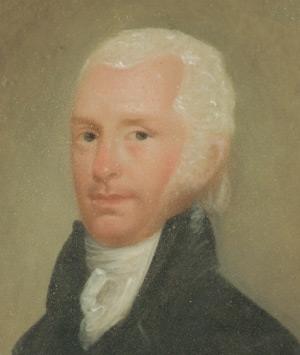 I had the pleasure of receiving a Letter from you per my Boy, & am much Obliged to you for the trouble you have taken to get my Deed acknowledged. A few days ago we had Orders to Send off All our heavy Baggage, & to be Ready to march at the Shortest Notice, but tis generally believed we will not March from this for some time, Except the Enemy Make a Maneuver few Officers here have an Idea of–There is great preparation Making for the reception of the French Embassador, in & Near Camp, We are to be Review in his presence, & a Considerable Quantity, of Blank Cartridges fired–there will be several great Entertainments, Balls, Concerts &c. &c. you see we Can find Methods to spend money in Camp, & I think my proportion will be no small sum for two Weeks to Come, I am Dr. Sir.

Your Most Obedient Servt.

Having been but a few days at Fort Pitt on my first arrival on this side the Mountain, I know but little of the polaticks(sic) or Other News of that place. The Country taulks (sic) of Nothing but killing Indians & taking possession of their lands, disputes of Jurisdictions between Pennsylvania & Virginia & for a more particular acct of which I shall refer you to Colonel Croghan whom I have gave along acct of the proceedings of the people of this Country.

I beg you’ll Excuse my troubling you to have the Inclosed letters delivered of Colonel Pentecost has left town. Please destroy his if Colonel Tilghman or any of General Washingtons Aids be in Town I could wish they would open Colonel Tilghmans letter if he is not there as it is Concerning my Exchange & my Wish of Receiving Orders from Genl. Washington where I am to go if Exchanged –pray enquire if I am Exchanged and let me know by return of the bearer. Mr. Bradford can Inform you If I can reas (sic) money enough to take me to Philada. and keep me there a few days if perhaps I may go there this Summe,r but no great prospect as yet. I flattered myself with the pleasure of hearing from you by Some of the Number of opportunity, there has been lately to this place, but have not been so fortunate as to hear how my friend Colonel Croghan does Since I saw him. Pray favour me with a few lines & present my compliments to Mr. & Mrs. Gratz & believe me

Your Most Humble Servt. 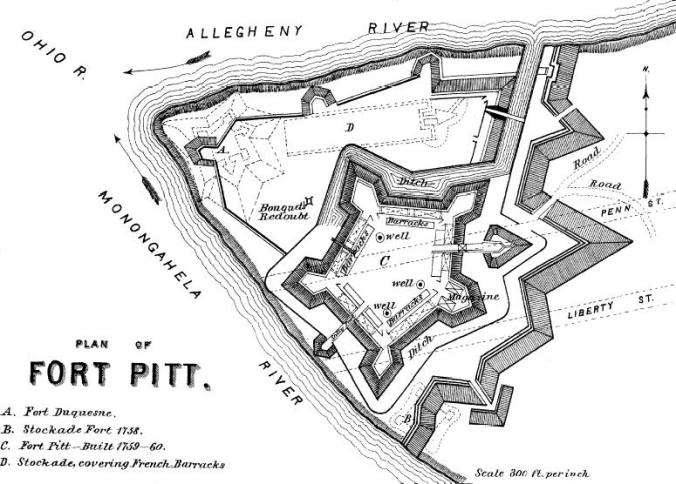 General Irwine lately arrived here from (__) and informed me that a number of our Officers were lately Exchanged for General Burgaine; and Captain Willing who since came here says that two Majros were in the Compositions. From the return Mr. Shinner (?) shown me last Winter. I was the first Major for Exchange by Captain Willing assures me I am not Exchanged that the Majors who were Exchanged were taken at the Ceders long before I was taken at Charlestown. I beg (__) Inform me if this be the case, & if Im not Exchanged what prospect there is of it.

The bearer Mr. David Dawson (?) will (__) you for my note for two months pay as Major & Brigade Major at 75 dollars per month is 150 dollars. You will likewise be so obliging as to receive for me & deliver to him the amount of my ration or subsistence Money from the first of January to the first of May 1782, during which time I have not received any rations from the Publick. During the month of January I was in philada. & can show that I have received no rations I (__). I am allowed four rations per day as Major & one as Brigade Major.

By Information of Major Gray that you do this Business for the prisoners I take the liberty of troubling you. Your compliance will exceedingly oblige–

Your most Humble Servt

William Croghan certainly did have an interesting life before he arrived in Kentucky! And Locust Grove is just full of springtime delights–don’t forget about Kentucky Shakespeare’s performance of Romeo and Juliet at 6pm on Sunday, April 17, in the side lawn of Locust Grove. Tragic romance meets historic setting–what could be better? Hope to see you there!

Your most humble servant, 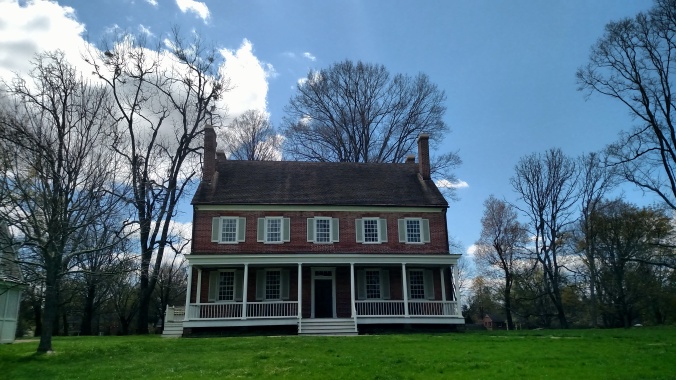